The Basilica of San Zeno Maggiore is one of the most beautiful churches in traditional Romanesque style. It is easy to see why this church is so beloved by the citizens of Verona. Located in the west, those who venture to visit this stunning ecclesiastical marvel will be pleasantly surprised by a serene, peaceful vibe as they distance themselves from the bustling city center.

A pleasant stroll from Castelvecchio or along the banks of the Adige will bring you to the St. Zeno church where you can admire some of the best preserved Romanesque architecture in northern Italy. Home to some of the finest religious masterpieces in the area, the San Zeno Basilica is a monumental place to witness a convergence of magnificent art and various historic architectural styles.

Admiring the construction from outside, visitors can appreciate the warm colors of the facade materials. Inside, the church is divided into three areas: the main nave, the crypt below, and the elevated presbytery. Each area has its own artistic elements that have been developed throughout the centuries. 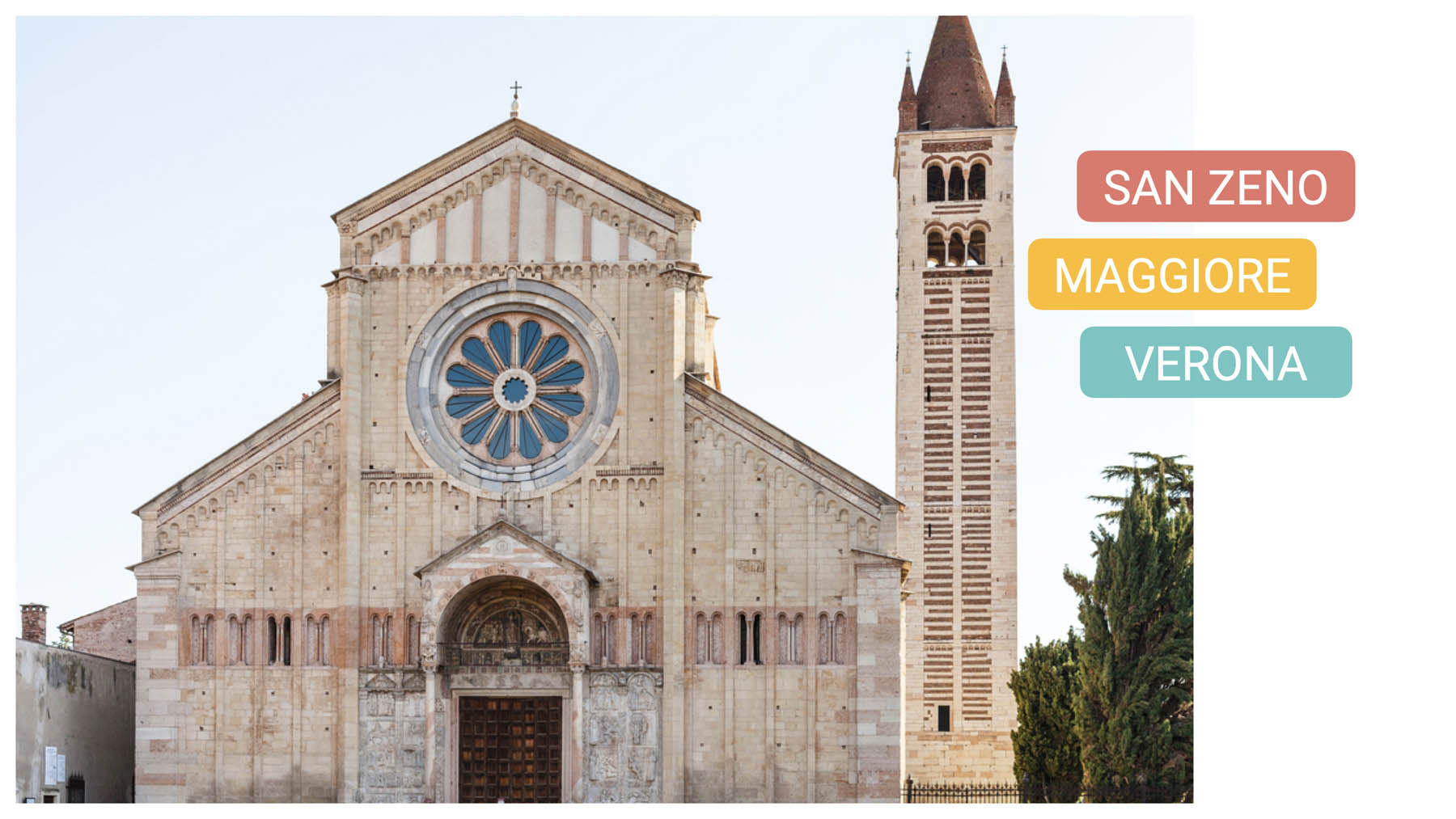 Who Was Saint Zeno?

San Zeno Maggiore, or St. Zeno in English, is the patron saint of Verona. He was the 8th Bishop of Verona from 362 until his death in 380, known for founding Christianity in the city. He was respectfully nicknamed ‘il Vescovo Moro’, which translates as the Moor Bishop. This is due to his African origins as he was born in Mauritania.

Saint Zeno lived a simple life in austerity and was a well-educated man. He is considered the protector saint of fishermen because it is said that he used to fish in the river Adige.

The San Zeno Basilica holds his remains in the crypt under the main altar. 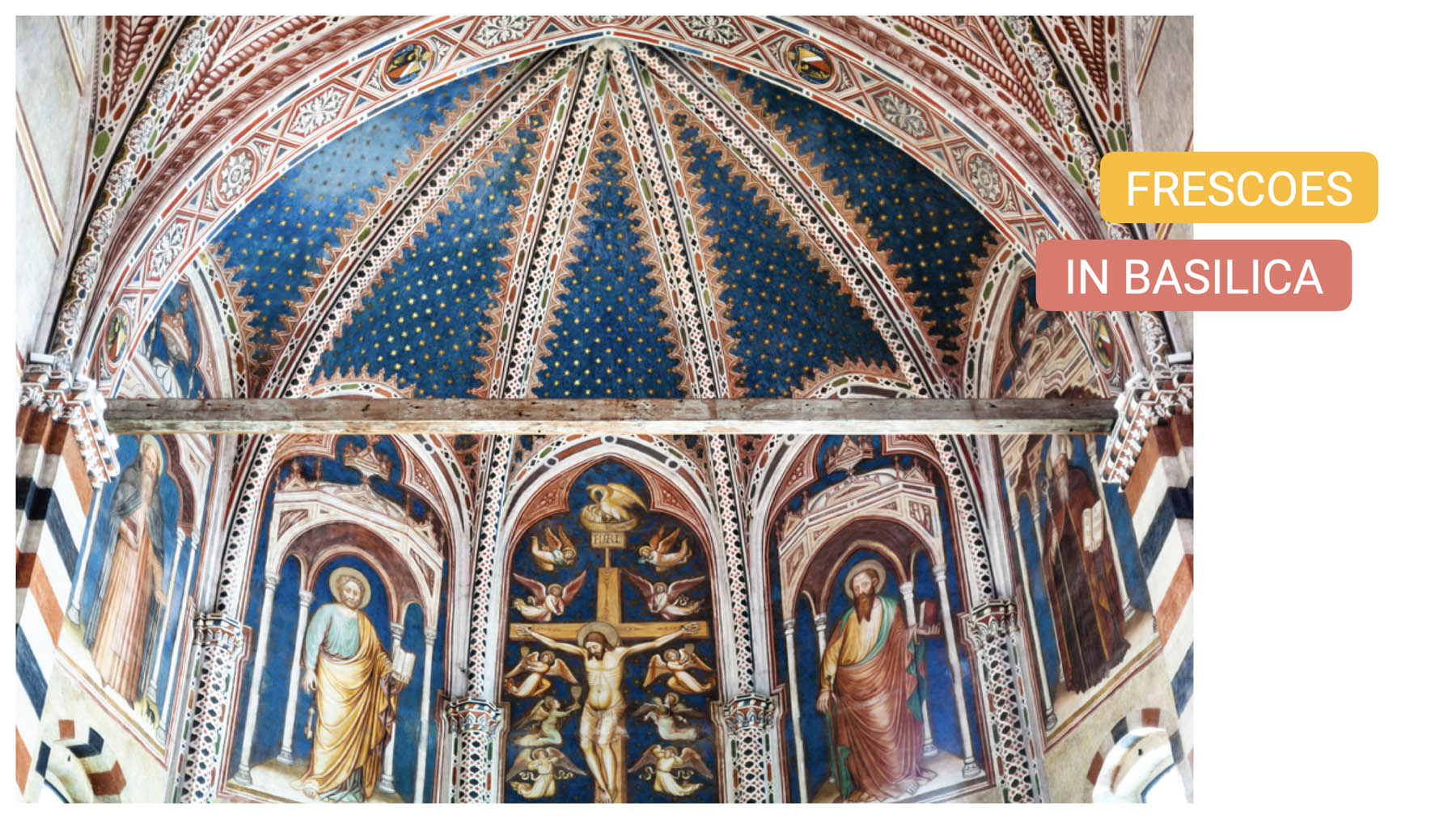 History of the Church

When Saint Zeno died in 380, his body was buried in an early Christian cemetery. Theodore the Great, an Ostrogoth king from the 5th century AD, would erect a church to honor him on this spot.

As Christianity grew and the church received more worshippers than it could accommodate for a new church was constructed in its place. This was commissioned in the early 9th century by King Pippin of the Franks, Bishop Ratoldo and the Archdeacon Pacificus. This larger building would hold a monastery which would later be destroyed and rebuilt several times during the next centuries. It was constructed as a religious and political message with images and frescos of the patron saint blessing both the nobles and the city folk.

After several setbacks, including an earthquake in 1117 and additional decorations and refurbishments, the current construction was newly complete in 1389. The belltower dates to 1178. Later attacked again by the invading Napoleonic army, certain areas of the abbey were destroyed and never replaced. 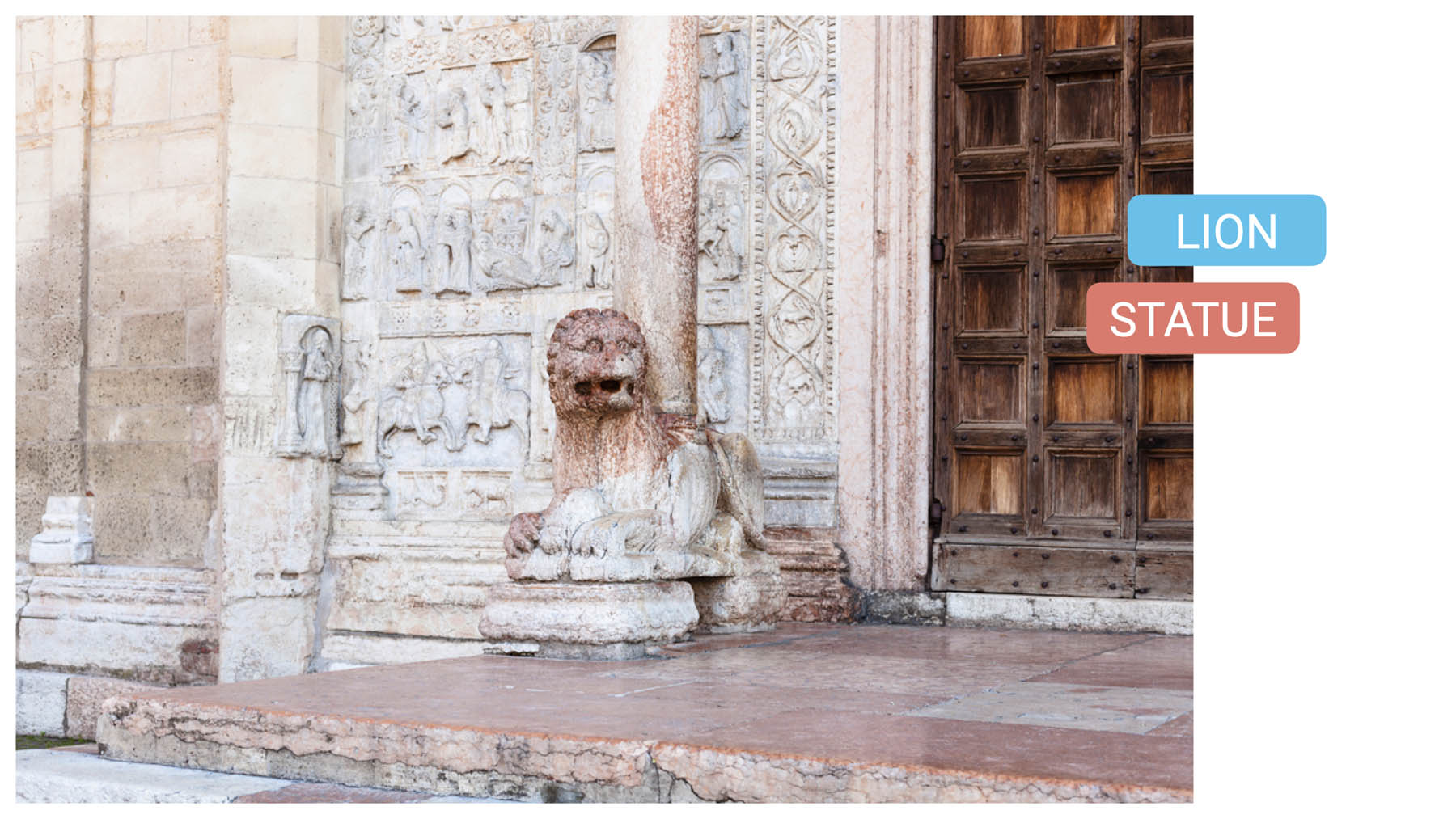 A sensational blend of artwork and superior architectural expertise, each part of the church’s construction is unique and displays exceptional devotion.

When visiting the Basilica of San Zeno Maggiore, there are several areas to explore. You can even find one of the first images of the flag of Verona, which is very similar to the Swedish flag in design and color.

As you approach the front entrance, it is impossible not to be struck by the huge bronze doors, completely one-of-a-kind in Italy and more reminiscent of Germanic constructions. These Romanesque portals are decorated with 24 panels per door with bas-reliefs of images from the Bible and the story of San Zeno. Either side of the doors, there are two lion statues representing justice and faith.

Above the doors, another striking symbol of the church is the rose window. More commonly associated with the Gothic style, this work by Brioloto from the 13th century is referred to as the Wheel of Fortune.

Within the church, looking to the sky, another peculiar aspect of this Romanesque church is the reversed hull form of the ceiling. The ceiling, from the 14th century, is also much more typical in Gothic architecture.

The famous altarpiece by Andrea Mantegna, the Italian Renaissance artist, is a true masterpiece. This triptych stands upon the high altar of San Zeno as the first major Renaissance artwork in Verona. It served as inspiration to many other artists.

Last but certainly not least is ‘Il San Zen che ride’ as he is affectionately known by the Veronese people. A statue of St. Zeno and the oldest representation is made from red marble and stands in the presbytery. The statue, dating back to the 12th century, whose artist is unknown, is the most important icon of the San Zeno Basilica. The unusual fact that has yielded the citizens’ notable admiration is that Saint Zeno is pictured here smiling tenderly.