Turin: The Road to Egypt

Among so many treasures, there are certain artefacts in the Egyptian Museum of Turin that cannot be missed. Recently restructured in 2015, this museum has a long history of being one of the world’s foremost key players in the study of Ancient Egypt. The first museum of its kind to open in the world, it is now only second in importance and size to the museum in El Cairo.

Specialising in Egyptian archaeology and anthropology, it is home to one of the largest collections of Ancient Egyptian artefacts in the world. With over 30,000 pieces including scrolls, sarcofagi, mummies, and countless objects of everyday use, the Turin Egyptian Museum has allowed scholars and archaeologists to study the arts and beliefs of this ancient civilization to help improve our understanding.

Beginning from 4000 BC, the museum tells the story of this grand culture right up to 700 AD with a timeline starting from before the reign of Pharaohs and exploring the Old, Middle and New Kingdoms. Visiting the Museo Egizio in Turin is tantamount to taking a trip through the ages. 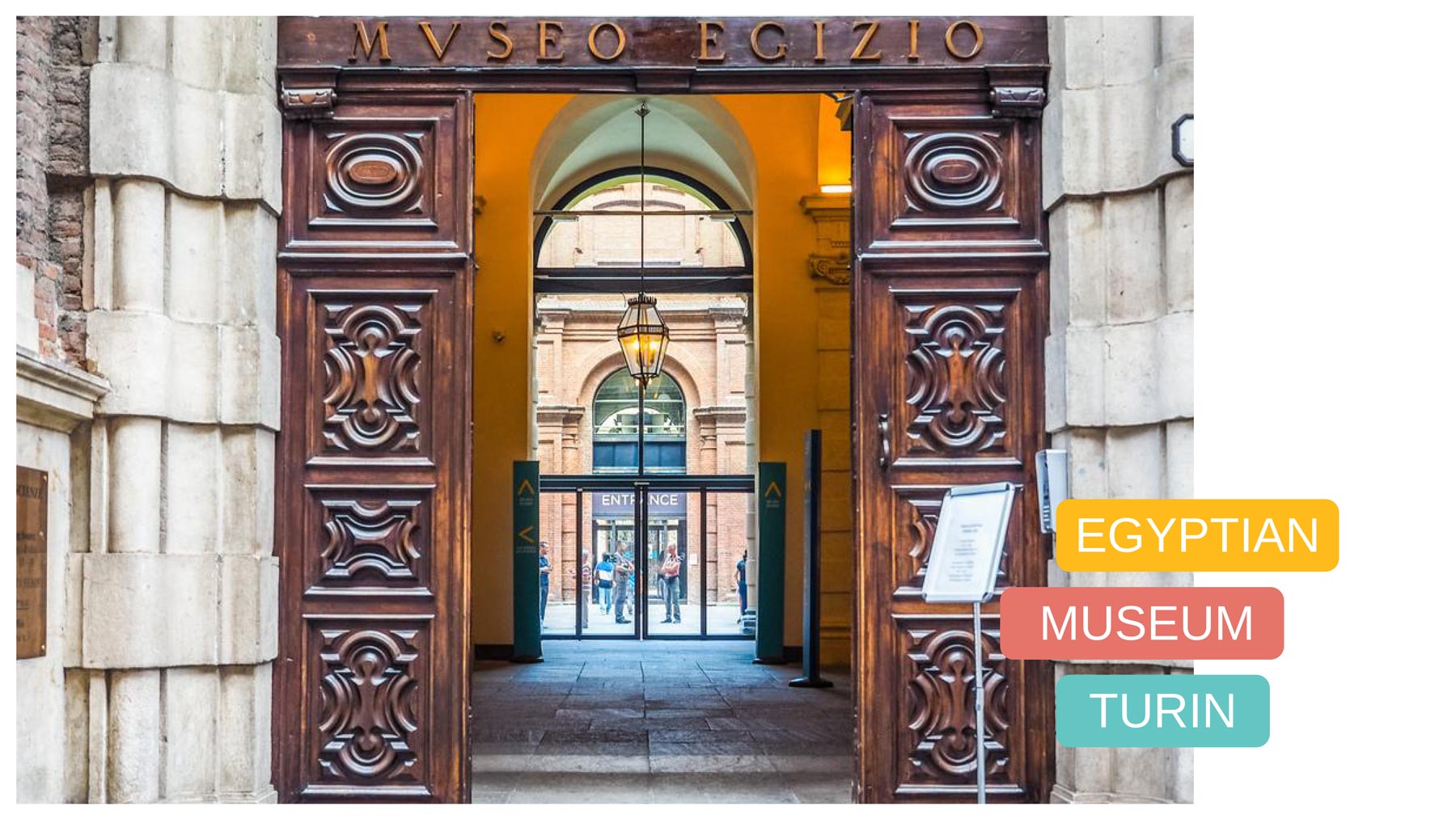 Origins of the Turin Egyptian Collection

In 1630, what was thought to be the first Egyptian antiquity to arrive in Turin was the Bembine Tablet or Mensa Isiaca, a bronze tablet that is now understood to be Roman in origin. Despite these misconceptions, King Charles Emmanuel III, the Duke of Savoy and King of Sardinia at the time, was inspired and so sent Vitaliano Donati, a renowned doctor, archaeologist and botanist to travel to Egypt in 1753. He returned with 300 pieces of Egyptian history from different areas of the country.

Over the years the collection grew and when King Charles Felix of Savoy acquired the first collection with over 5,000 pieces, he invited François Champollion to study it. Champollion, who had deciphered hieroglyphics after the discovery of the Rosetta Stone, went to Turin in 1824.

More and more significant findings were added to the collection throughout the following centuries. In 1833, over 1,000 pieces were donated by Giuseppe Sossio and when Egyptologist Ernesto Schiaparelli became the museum director in 1894, he began a series of excavations in Egypt that would contribute the majority of today’s collection. Schiaparelli focused his digs in Gebelein, south of Luxor, and Deir el Medina, on the west bank of Luxor. At the time of most of these excavations, in the early 20th century, a law stating that whatever was found should be equally divided between Egypt and the benefactor country meant that he acquired thousands of objects of immense historical importance.

The most recent addition to the collection was given as a gift to Italy from Egypt to thank them for their help during the Rescue of Nubian Monument campaign in the 1960s. The Turin Museum received the Temple of Ellesyia. These rescue operations led to the famous Abu Simbel’s temple assembly and dismantling. 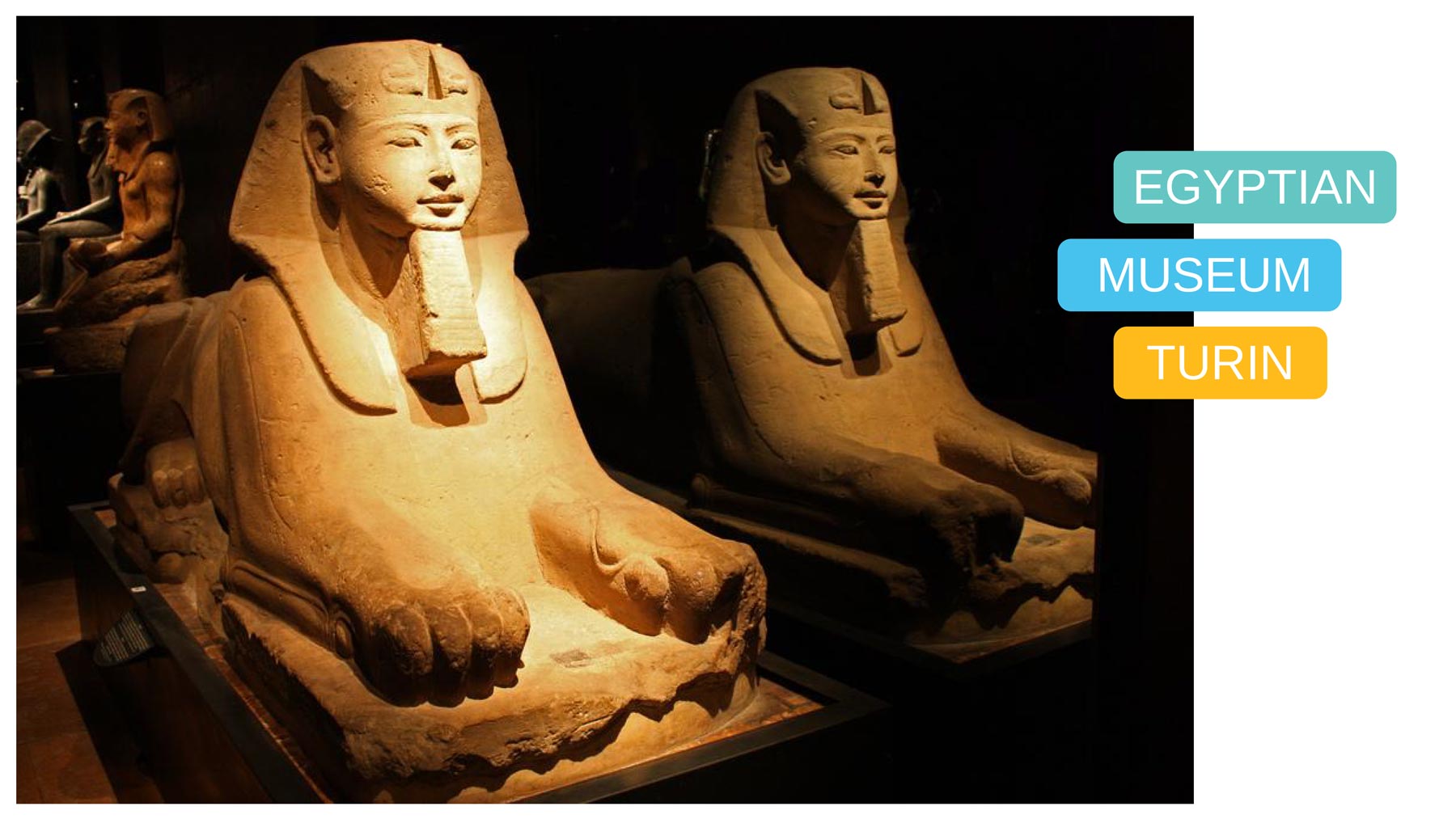 Highlights of the Museum

Along with this latest acquisition, there are some awe-inspiring features that should not be missed on a trip to the Museo Egizio in Turin. Although no visitor could be blamed for getting lost in the centuries here, the museum’s recent restructuring has designed it so that one can go from the very beginning to the end without missing any of the truly fascinating antiques.

One of the most famous aspects of the museum’s collection is the Turin King List or the Royal Canon, a papyrus dating to the reign of Ramesses II. It is considered to be a list of all the kings prior to his reign. Parts of the list are missing, but it is still an incredible discovery that catalogues a large section of Egyptian history.

Among the various tombs, one of the most noteworthy and well-preserved is that of Kha and Merit. Kha is believed to have been the director of works for Amenhotep II, Thutmose IV and Amenhotep III. The funerary mask of Merit is on display and in impeccable condition. Much was recovered from their tomb because it was untouched as the sarcofagi were within various cases.

Other tombs to be visited at the museum include the Tomb of the Unknown from the 5th dynasty, the many ceramic and wooden artefacts from the tomb of Ini, and the tomb of Iti and Neferu. The latter was decorated with well-preserved wall paintings that can now be seen along the museum walls.

From other artefacts that are available in this museum, such as fragments of different books of the dead, scrolls and papyrus, decorated cloths, and numerous statues, we have been able to learn a considerable amount about the culture and beliefs of this ancient civilization. Given the immense number of historical items gathered in the Turin Museum, it is no surprise that visitors constantly wander through the museum halls in wonder.

It is now as it was then when Jean-François Champollion said that the road to Memphis and Thebes passes through Turin.

Get travel inspiration from the Turin Travel Guide