Every city has a few peculiar traditions, places of mystery, and conflicted legends. Milan, with such a long and turbulent history, is no exception. Some of the most famous symbols for the city have developed from troubling backgrounds and are very much open to interpretation.

In spite of the ambiguity or troubling backgrounds, these elements now represent the Milanese people and have become synonymous with the city itself as well as other regional organisations. Similar to il Duomo, it is common for people from Milan to feel a sense of pride towards these emblems of the city, although they may spark a puzzling feeling in visitors who learn their histories. 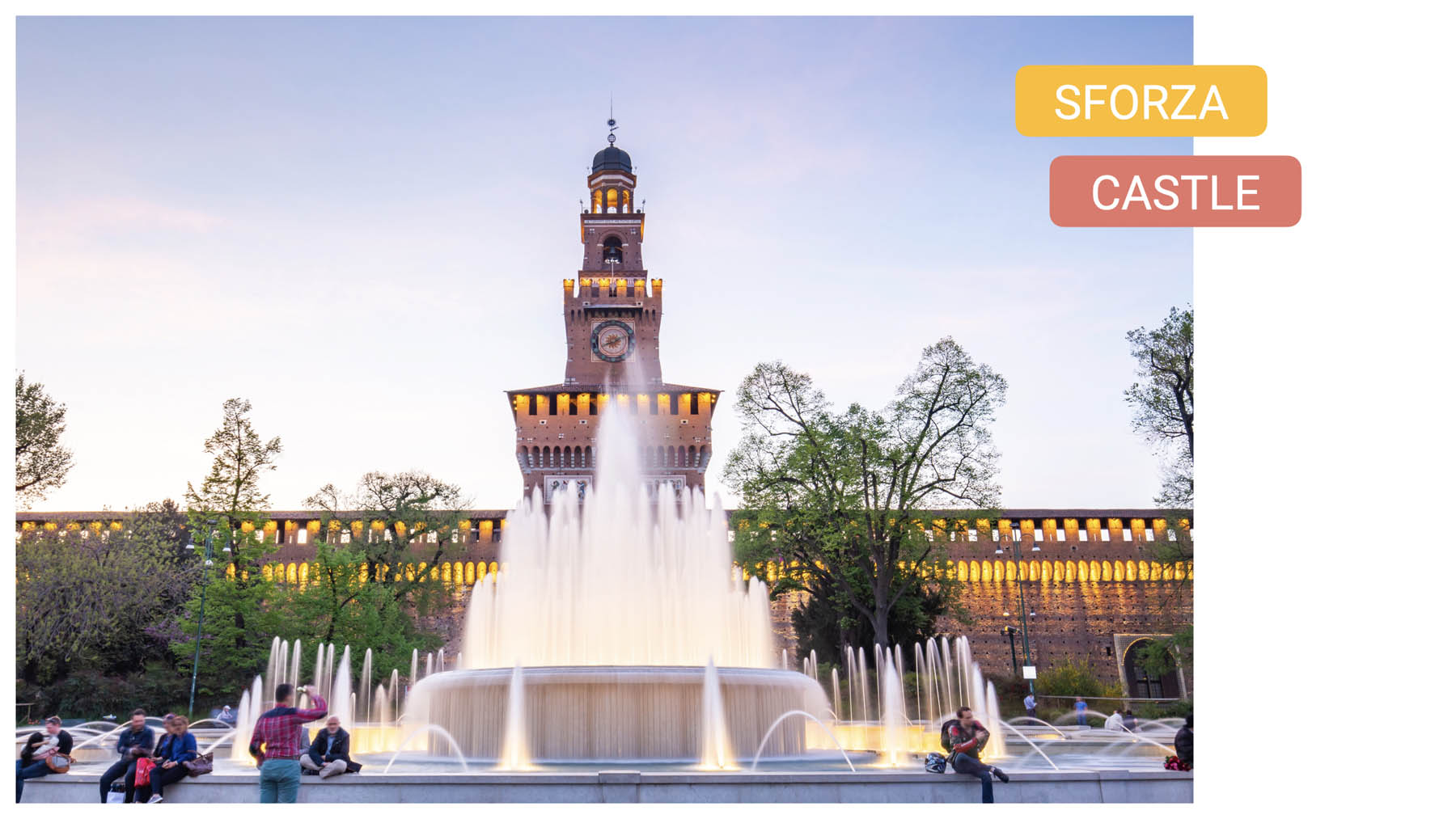 The Sforza Castle, as it is known in English, was built originally by Francesco Sforza, the Duke of Milan, in the 15th century upon the remains of an earlier fortification. It was at the time one of the largest citadels in Europe. The three large courts were decorated by various artists including Leonardo da Vinci and Bramante.

The castle has a huge and supremely interesting historic significance for the city of Milan. It represented a symbol of foreign oppression due to the years of varying rulers that invaded the area. Throughout the centuries, the very same Milanese people have attacked, ransacked, and even tried to demolish it.

When the castle was in the hands of the French, they used the Torre del Filarete (the Central Tower named after the architect) as a weapons storage facility. This unfortunately caused an explosion in 1521 provoking the first damages to the walls.

Later, Francesco II Sforza returned to be married in the castle in 1534 but is the last of the Sforza family to leave, thus giving way to its decline.

In 1706, Eugenio di Savoia conquered Milan and the castle fell into Austrian hands. It continues to deteriorate.

The castle was understocked in military equipment and the French were fast approaching. At this time, a group of pro-French Milanese citizens attacked the castle. Although unsuccessful in their attempt, the Archduke Ferdinand of Austria abandoned Milan and it was taken by the Napoleonic army. This once stately home was then employed to house around 4000 troops and many of the frescoed rooms were converted to stables.

Finally in 1893, after Italian unification, Luca Beltrami was commissioned by the city to restore the castle to its former glory under Sforza rule. The citizens actively participated in the reconstruction. The re-emergence of a renaissance, gothic-style Torre del Filarete, fragments of frescoes, terracotta windows, and a golden chapel helped to capture the heart of the Milanese, who had previously felt resentful of the castle’s role in the city’s persecution.

The castle and grounds became a cultural destination that breached the fractured hearts of the Milanese population. It now holds several museums and unique art collections that make it a beloved tourist attraction. 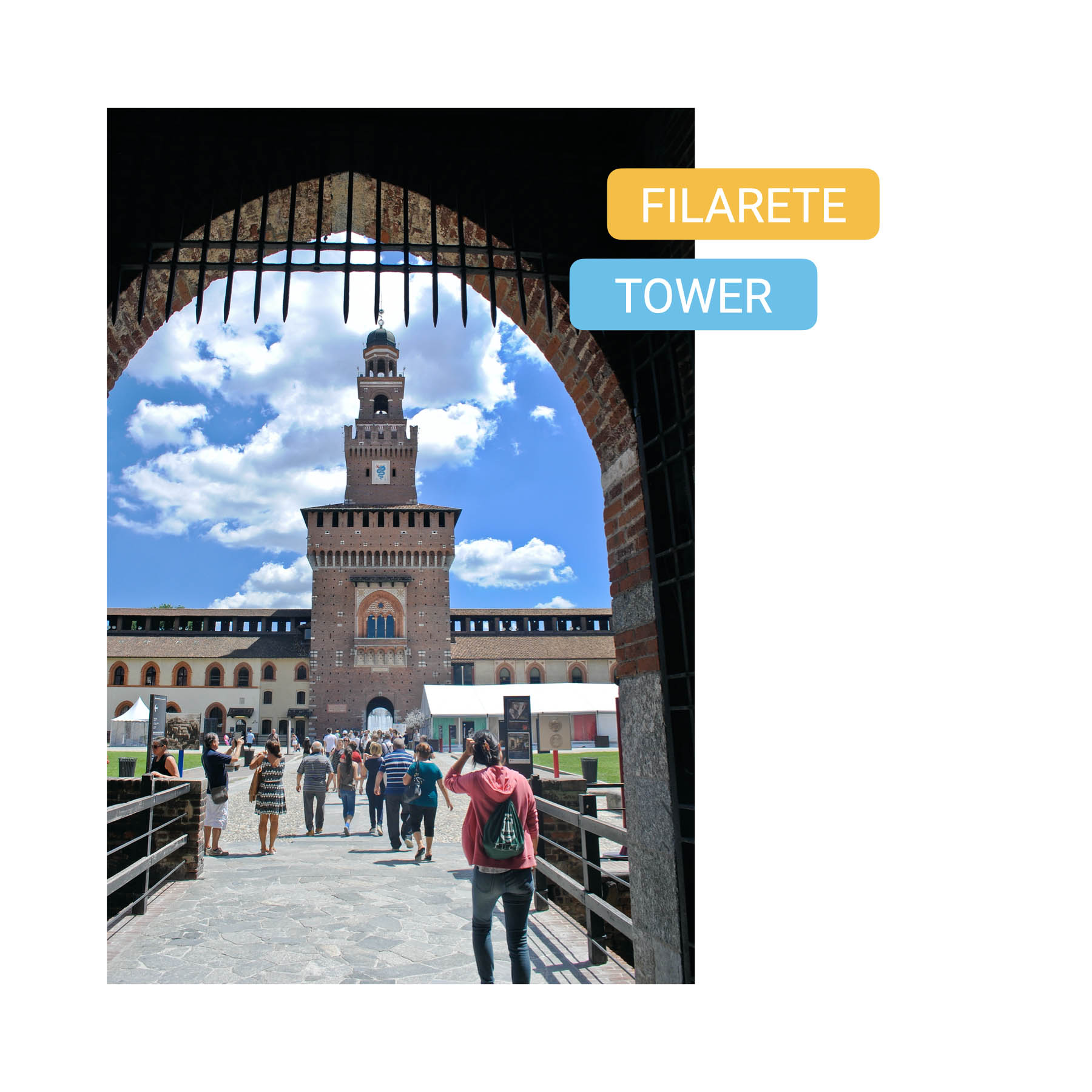 There are several components of the castle that are of particular interest. When visiting the Castello Sforzesco, tourists should look out for these intriguing elements.

If not to enjoy the architecture and beauty of the restored castle, these curiosities certainly make for an interesting visit. The Sforza castle is a significant landmark that allows tourists and locals alike to learn about a conflicting heritage. 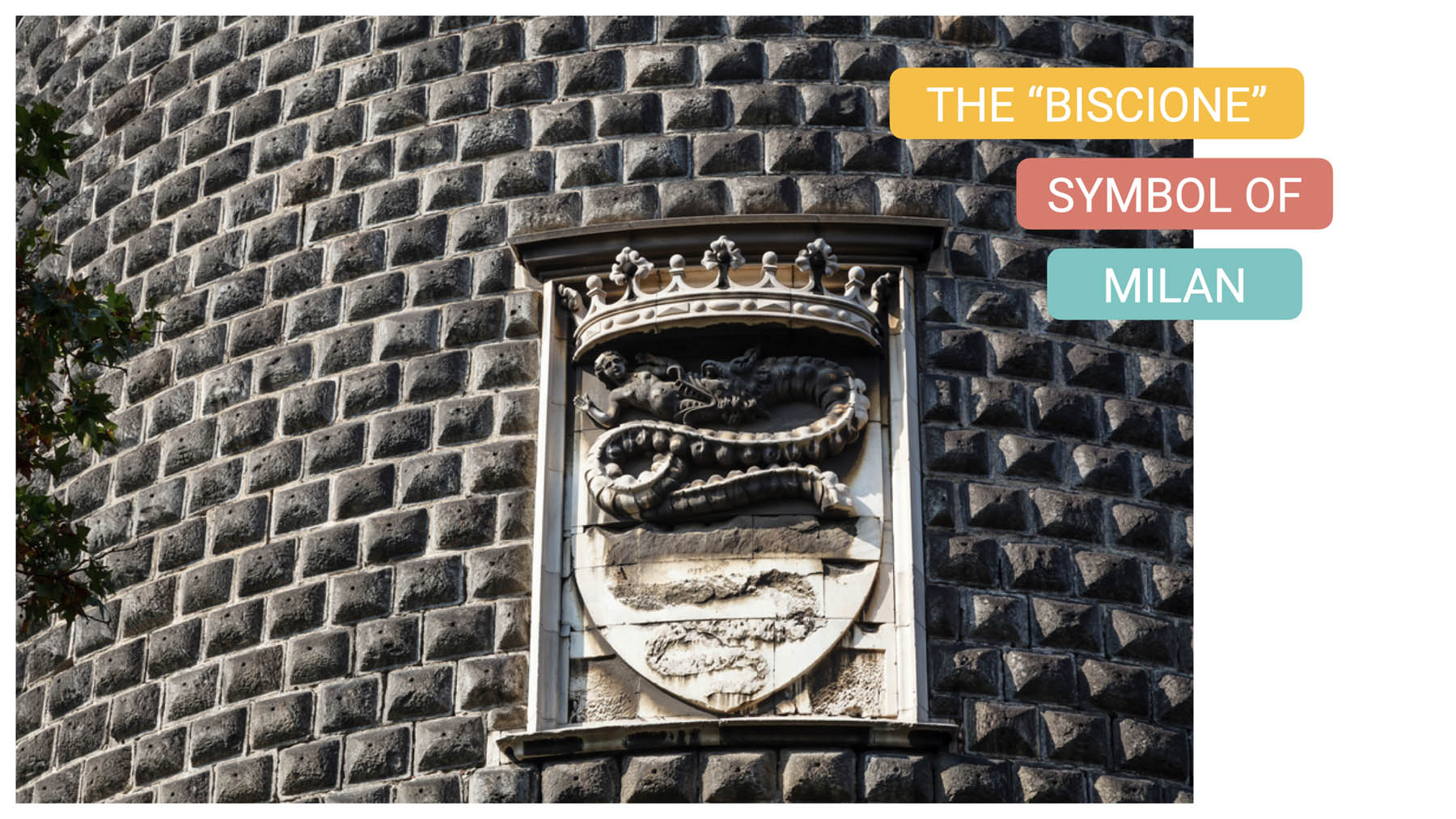 The Legend of the Biscione

The biscione di Milano is a key symbol of the city used to represent the Inter Milan team, Canale 5, il Comune, and even the Alfa Romeo automobile company. There are differences to each image but the base is the same and it has been employed for centuries after first being used by the Visconti family as a coat of arms.

The legend states that in 1100, during the second crusade, Ottone Visconti drove an army of Milanese soldiers to the siege of Jerusalem. He faced a fierce saracen called Voluce. Voluce carried the symbol of a snake eating a man when he fought. Having killed him, Ottone took the symbol and his adversary’s weapon back to Milan, where he decided to adopt the symbol for himself. Throughout the years, the man in the snake’s mouth was replaced first with a saracen, then a baby. The latter is supposed to indicate the good nature of the Visconti family.

There are variations of this story and even other legends to tell the tale of the Biscione, but it is clear that it is a powerful symbol for Milan and if you keep your eyes open, you can find it all over the city.