Castel San Pietro is the Italian name given to the military fortress standing on St. Peter’s Hill in Verona. The castle complex is an identifiable symbol of Verona, just a few dozens meters above the Roman Theatre that sits on the banks of the river Adige. The architectural wonder is easily visible from different parts of the city due to its location on the hill and is a popular attraction for both locals and tourists.

Verona may be famous for its ties to romance, thanks in great part to Shakespeare, but there is much more to be discovered in this fascinating Veneto city.

A Timeline of St. Peter’s Hill

Although it is currently impossible to say with precision when humans first inhabited the area, remains have been found on St. Peter’s hill dating back to pre-Roman times. The hill therefore represents the birthplace of Verona as a civilization as buildings were developed as early as the 4th and 3rd century BC. 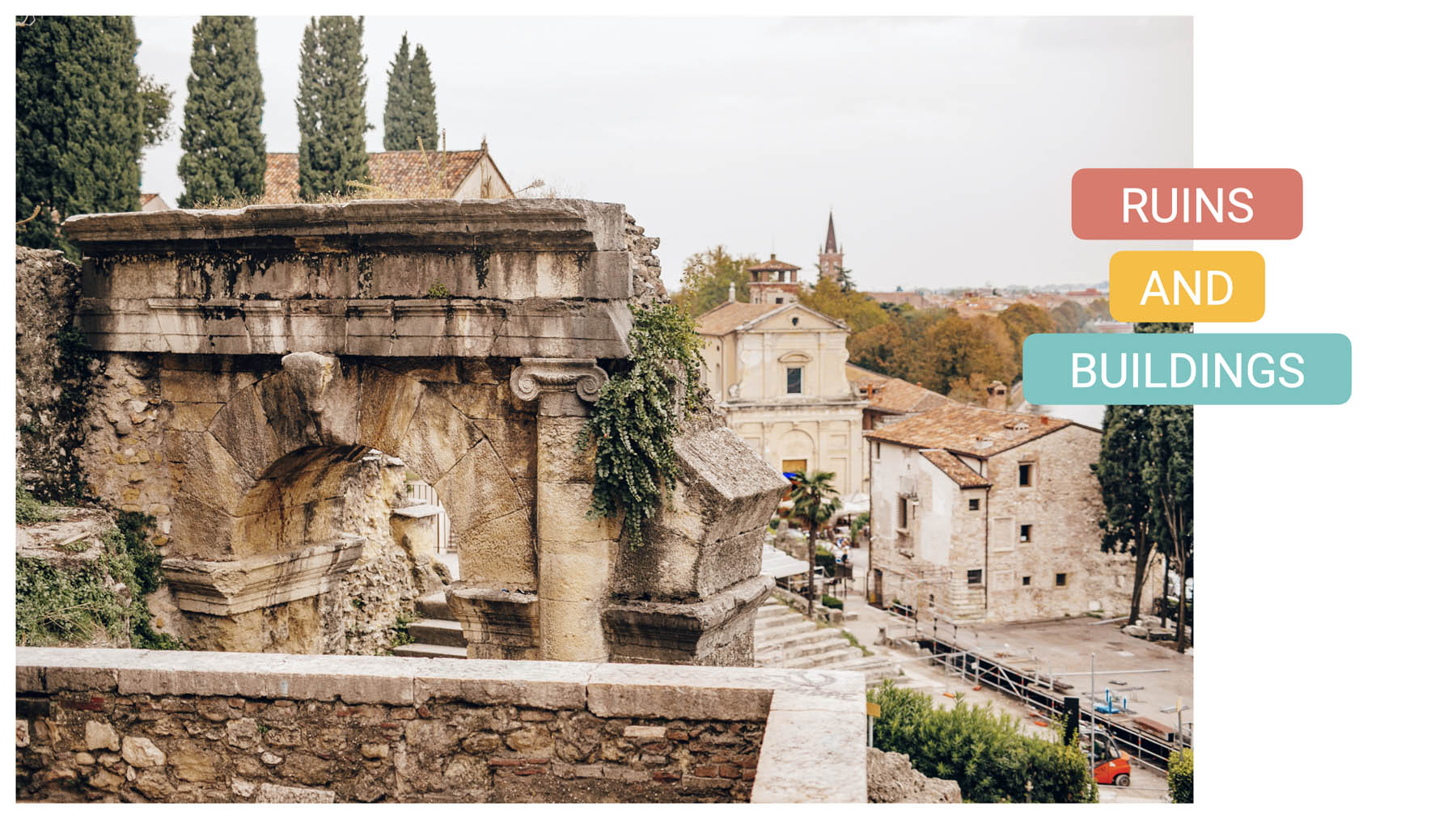 During the Roman era, the main settlements were constructed on the other side of the river, going down toward the Verona Arena, which was at the time outside of the city walls. Atop the hill, a temple was built. Roman temples were constructed to demonstrate dedication to various deities. Due to the strategic positioning and thus, the many structures that were erected in this spot throughout history, little is known today about this Roman temple.

It is, however, widely understood that as time progressed, a church was built using the remains of the Roman temple. Construction of the church used the surviving walls and columns. This church was then dedicated to St. Peter.

As the medieval era progressed, the hill became home to a new stronghold, created by Gian Galeazzo Visconti. Gian Galeazzo, the Duke of Milan, ordered many new buildings to be constructed here to create a fortification. This powerful bastion held its place for just over 400 years.

In 1801, the Napoleonic army arrived and destroyed the ancient buildings. When the Austrians arrived, some years later, they tore down what remained of St. Peter’s Church and built the military structure that now stands proudly on the hill, surveying the city of Verona. The edifice was created to house the officers of Austrian army, their weaponry, and supplies. What is now known as il Castel San Pietro was built between 1852 and 1856.

Finally, the castle became property of the city of Verona in 1932. 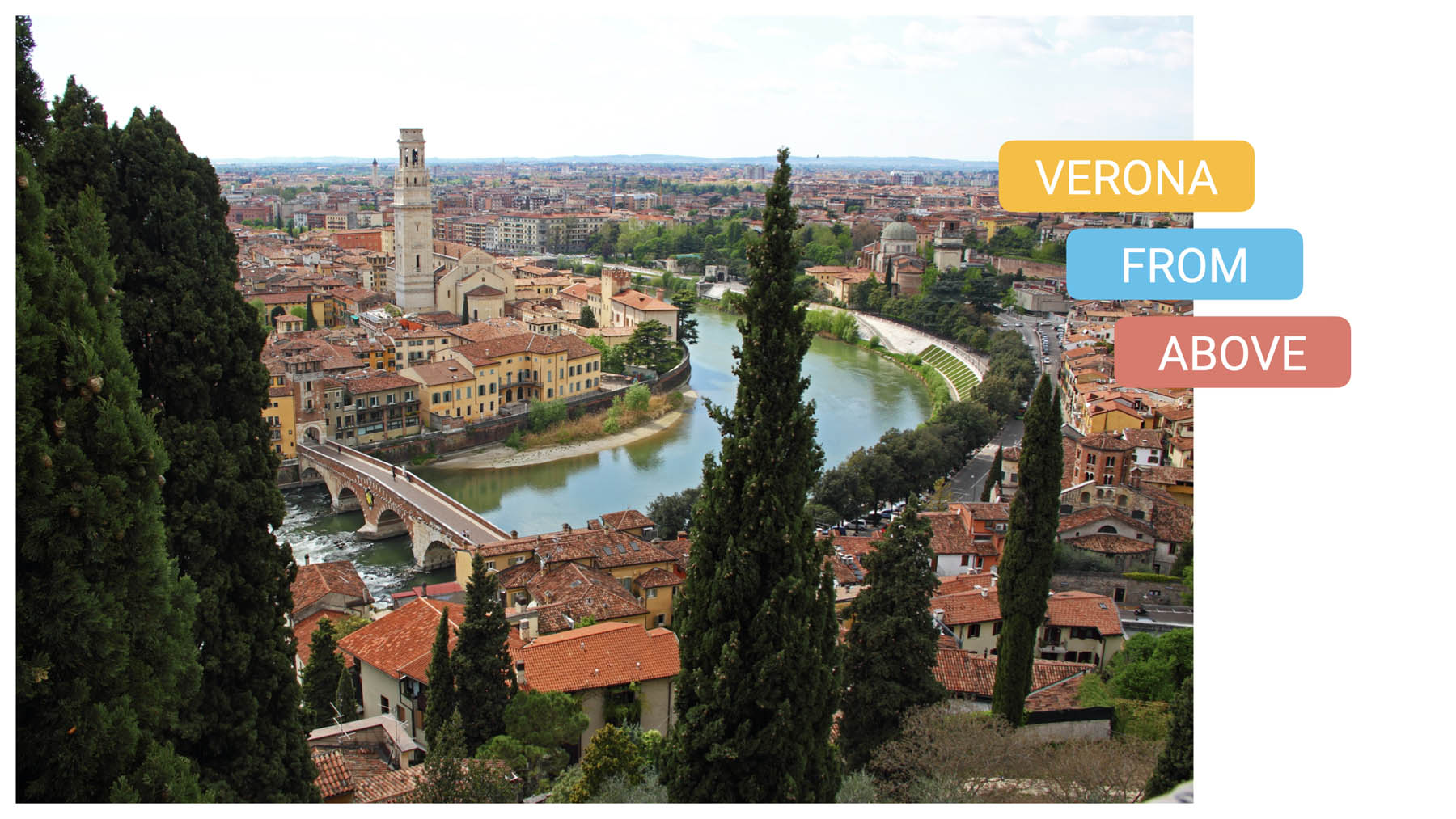 Many believe that taking a trip up to the castle is well worth the visit if only for the vistas. There is a 270 degree panorama from the castle site all around the city. Often quoted as the best view in Verona, visitors can see for miles along the river, the Ponte Pietra Roman bridge below, as well as the other bridges crossing the Adige. Visitors can also make out the entire roman city below in its grid-like structure. The viewpoint at the castle gives a great sight of the Arena, the Roman theatre, and the whole stunning cityscape.

There are different ways to reach the caste sight. Visitors can choose to walk up through stairway leading from Ponte Pietra to the top or take a ride on the funicular. The funicular was built at the beginning of the 1940s to help travelers get to the top of the hill. However, due to the second world war it was taken out of service and not reinstated until 2017. Luckily, tourists can now use this transport to view St. Peter’s Hill from a different angle. With Bike The City tour you can get there with the e-bike as you can see in our Verona bike tour page.

The remarkable architecture is now over 150 years old and is worth a visit, even if tours cannot enter the castle itself. A scenic route takes you up following cobbled streets past the San Giovanni church and quaint, picturesque houses. Those who choose this option will be able to see some of the ruins from different epochs that are still surrounding the main castle grounds. The magnificent view and curious ties to distinct periods of history make the St. Peter’s Castle a must-see attraction in Verona.