The astonishing Verona Arena. One of the oldest Roman amphitheatre

In what is now the historical centre of Verona, visitors can take a tour of the astonishing architectural marvel that is the Arena di Verona. This Roman amphitheatre predates even the Colosseum of Rome, is one of the largest in the world, and has seen nearly 2,000 years of history. A breathtaking sight for all those who visit Piazza Bra in Verona city, it inspires a sense of the anticipation and excitement that spectators would have felt throughout history.

As one of the best preserved ancient structures of its kind, the Verona Arena has been beautifully restored in parts over the last few centuries. It was constructed using white and pink marble which offers an illuminating glow in the sunlight. The arena itself has huge wide corridors, 50 levels of seating, underground tunnels, and an oval showground. It has lost most of the facade and only four of the arches from the outer wall remain standing. Its elliptical shape is intended to promote acoustics for speeches and concerts. 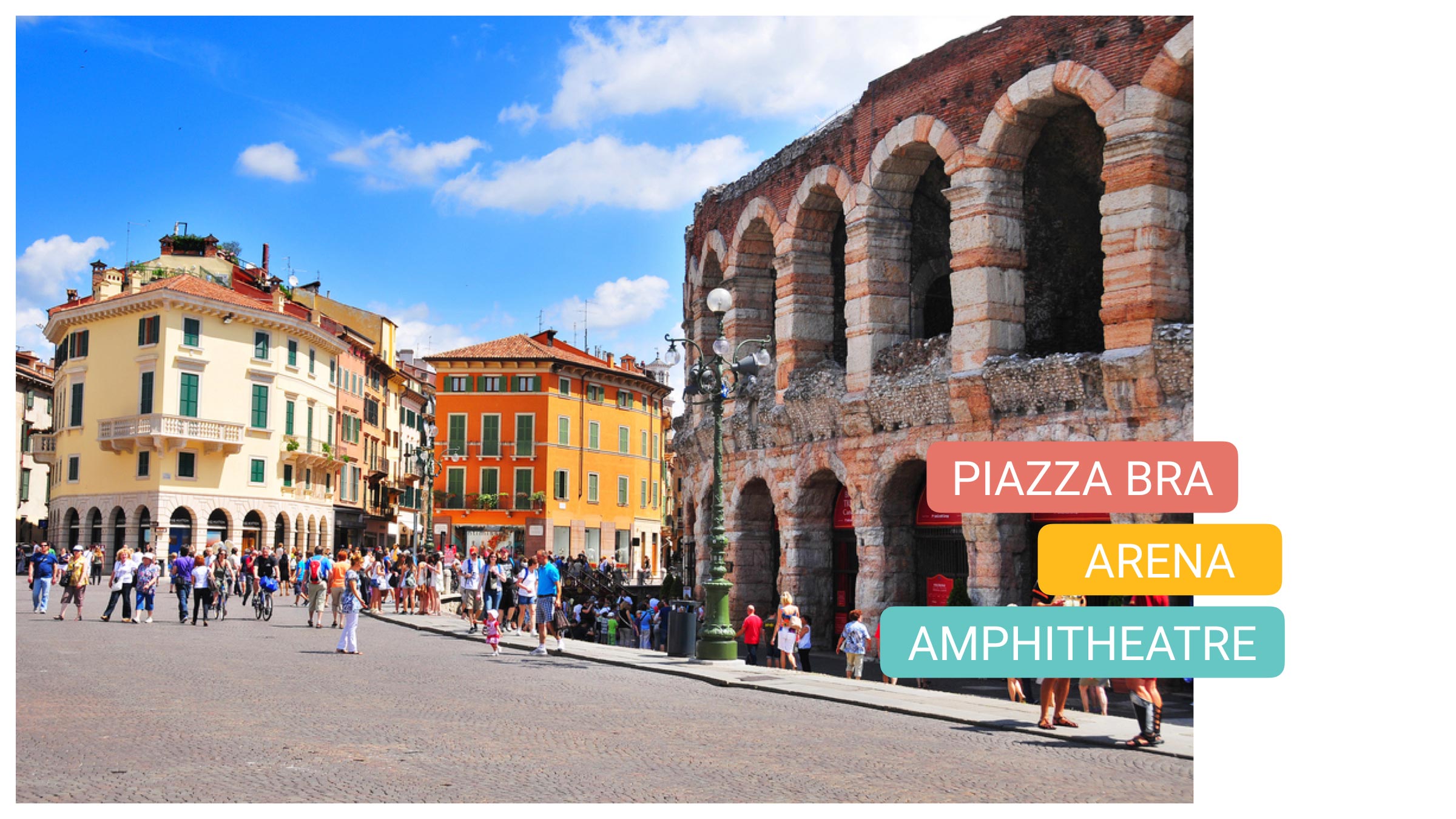 The Verona Arena was constructed in the first century AD. At the time, it was built beyond the city walls for logistical reasons. The aim of its location was to avoid overcrowding the city centre.

The arena, like other amphitheatres of the Roman empire, was built to use for processions, protests, shows with music and dancing, and predominantly blood sports. These included fights or hunts of exotic beasts and gladiator battles. The arena was filled with sand which would absorb the blood of gladiators and animals, thus giving way to its name (arena in sand in latin). Known as ludi, these public games attracted visitors from all over the empire. It is estimated that the Verona Arena could hold up to 30,000 people.

Upon entering and seeing the arena unfold before you, it is easy to imagine yourself surrounded by ancient Romans cheering on their favourite gladiator. The arena stirs feelings of triumph and celebration.

After the fall of the Roman empire, the arena was well utilized. During the reign of Theodoric the Great, 493 – 526 AD, the outer ring was demolished to be used in the construction of defensive walls around the city.

In medieval times, it was used for a place where public games and tournaments were held. Throughout the last century, the arena survived an earthquake in Verona in 1117, hosted prostitutes in the 1300s, was used as a shelter for the homeless, a cave for material, a market, a place for bullfighting, and then circuses. Until it became the location of Verona’s first shopping centre in the 1700s with craft shops. 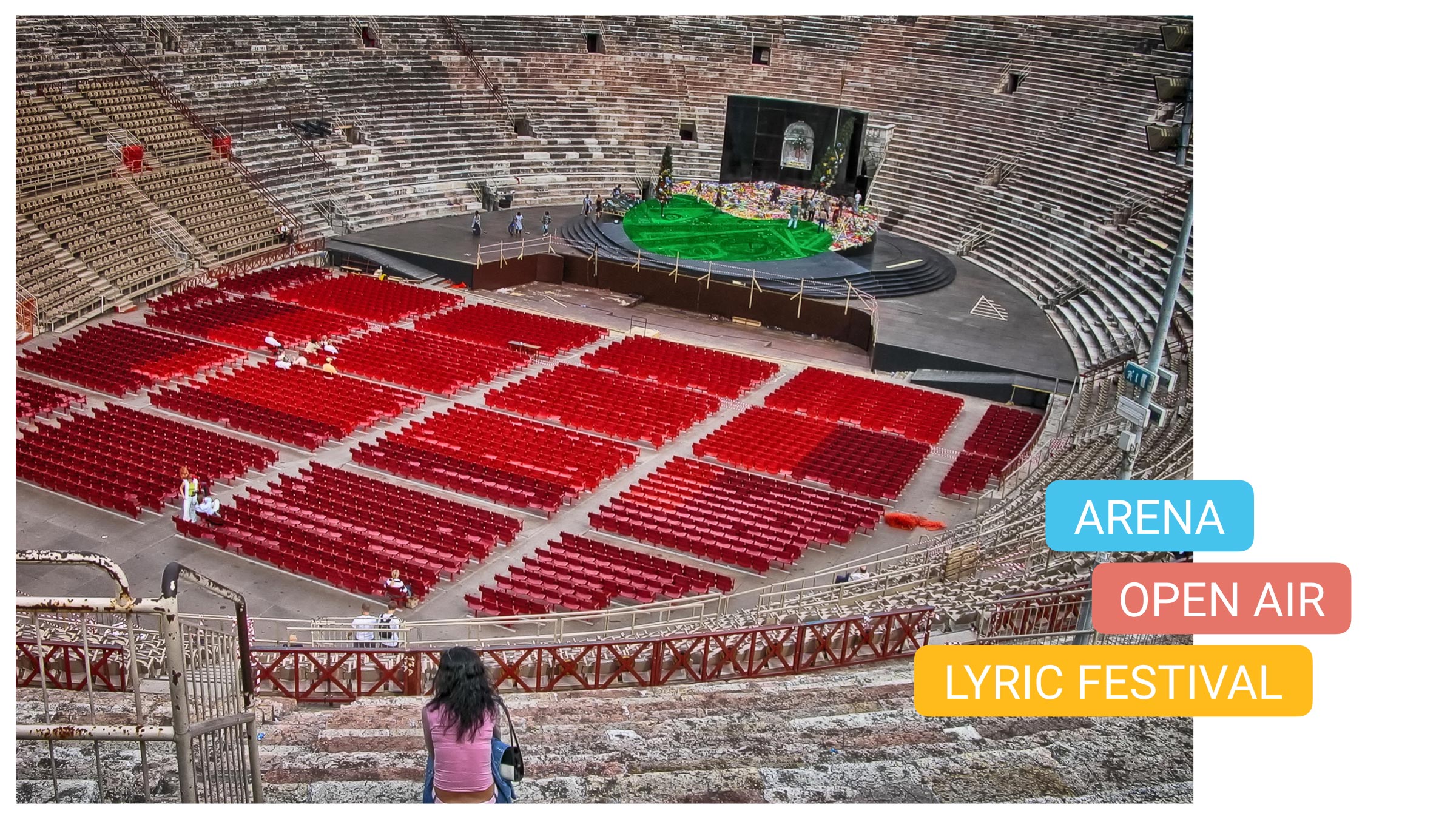 The Verona Arena is now host to Europe’s most important open-air lyric festival giving large-scale operas each year. The arena can now fit in around 10,000 spectators.

The acoustics of the Verona Arena are so good that orchestras do not need to use amplification when they play to make their sound heard from each area. The sense of excitement and amusement still reigns strong in the arena today, with between four and six productions given each year during the festival from June to August. The festival has taken place each year (except for the periods of world wars) since August 10, 1913, when it began with a performance of Giuseppe Verdi’s Aida. It is also an entertainment venue for concerts, presentations, and other cultural events.

The ancient and incredible Verona Arena has been the stage to the history of the region for nearly two millennia.