The Mole Antonelliana in Turin

As you look out on the skyline of Turin, there is one building that stands out head and shoulders above the rest. That building is a symbol of the Piedmontese capital city and is known as the Mole Antonelliana. ‘Mole’ is the term that refers to a building of monumental proportions and this particular construction is named after Alessandro Antonelli, the architect who undertook the project in 1863.

As an excessively tall edifice in the historic centre of Turin, visitors often feel somewhat disoriented when they first lay eyes on it. The sheer immensity of the building and especially the dizzying height of the spire can easily unsteady an unsuspecting tourist. Add to that the fact that this towering building is also home to a few mysterious legends, it is easy to see why this is such a beloved major landmark in Turin. 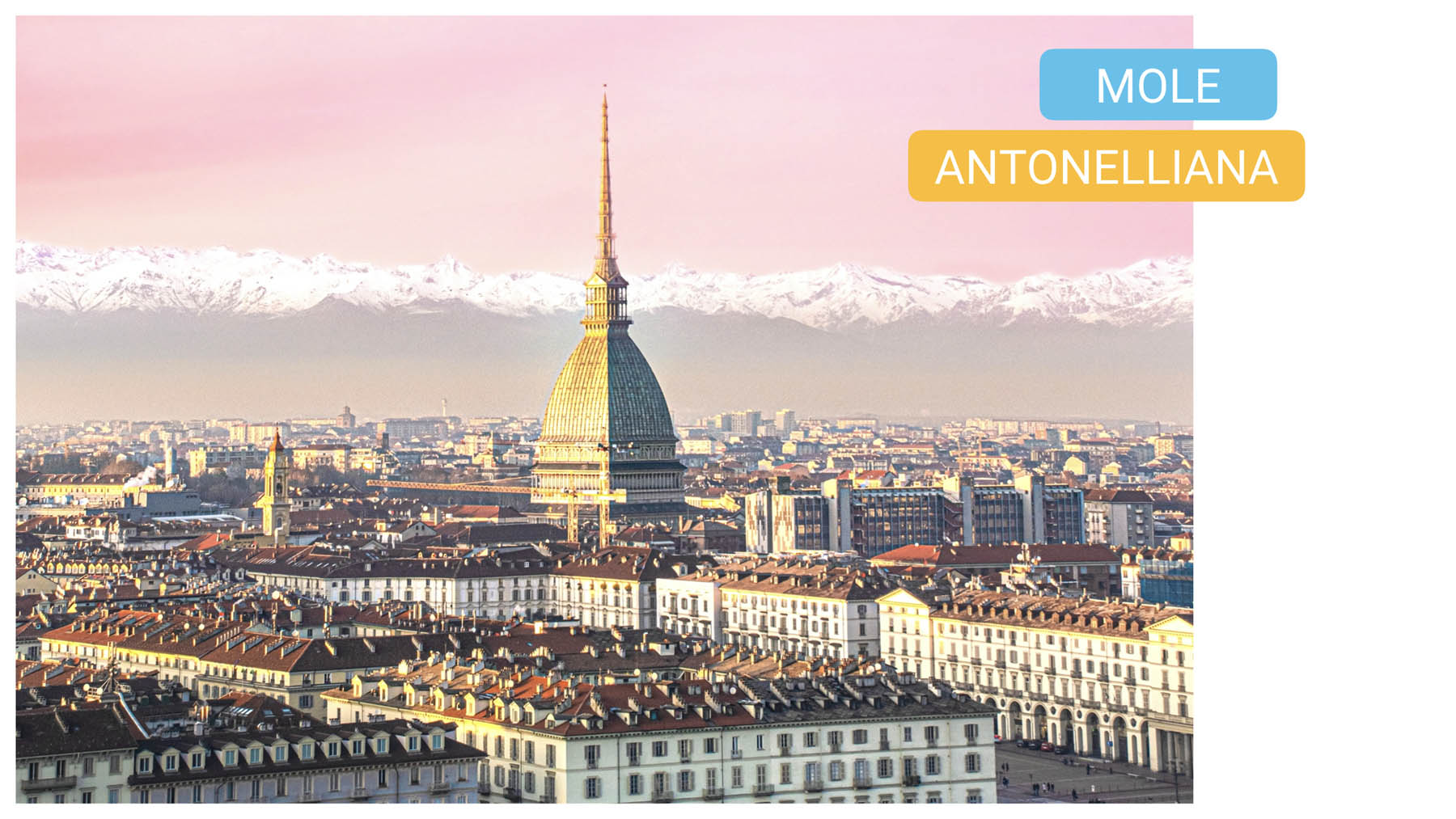 Construction began on the Mole in 1863. The famous architect Alessandro Antonelli was commissioned by the Jewish community in Turin to create a synagogue in an area they had purchased.

Antonelli took it upon himself to use traditional stone materials to build the synagogue, although he dismissed the original plans of a 47 metre-high construction and continued to build upwards. It is said that Antonelli was a great friend of the French architect, Gustave Eiffel, and that they had discussed the issue of erecting a tower without a steel skeleton.

After several years and a lot of money had been spent, the Jewish community refused to let it continue and sold the contract to the Turin city council. The city continued to pay for the work until its completion in 1889. It was inaugurated on April 10, 7 months after Antonelli’s death, with a final height of 167.5 metres. It was, at this point, the highest building made of bricks and masonry.

Originally, Antonelli had planned to crown his tower with a 5-pointed star but instead, opted for a statue of a winged genie. The ‘Genio Alato’, as it was known, was sculpted by Fumagalli and remained atop the Mole until 1904. It was often mistaken for an angel. The tower was struck by lightning that year, which led to a replacement star being put in its place. Even later, during the 20th century, the tower collapsed due to a storm and when it was rebuilt, a second star was positioned on top.

In 1908, the Mole housed the Museo del Risorgimento. This museum is dedicated to the period of the unification of Italy and was moved to the Palazzo Carignano in 1938.

Displaying a sense of power and mysticism, the Mole served as a monument to national unity throughout the twentieth century. Finally in 2000, it became home to the Museo Nazionale del Cinema (National Museum of Cinema). As such, it is possibly the tallest museum in the world.

There are some rather peculiar superstitions and stories that have emerged over the past century regarding the Mole Antonelliana. This has helped to create an impression of spirituality linked to the tower.

Some people believe that the building is an antenna for positive energy. Founded on white magic principles, they understand that its pyramidal base and huge spire make it the ideal edifice for a supernatural connection.

One very famous visitor to the Mole was the German philosopher Nietzsche, who stayed in Turin for brief periods around the time of its completion. He loved the Mole Antonelliana and wrote to his family and friends claiming that he could see in the building a connection to his character Zarathustra. He nicknamed the Mole ‘Ecce Homo’, just like the book he had completed.

Perhaps the most well-known legend of the Mole is the superstition among students. It is said that a university student should never climb to the top of the spire or even look at the tip before graduation, and especially not during exam time as this will bring them bad luck in their studies. The understanding is that they could even fail and not graduate if they do so.

Despite these eerie tales, no trip to Turin would be complete without visiting the Mole Antonelliana and finding out for yourself what this sky-scraping monument truly inspires.