During your stay in Milan off-course you have to try one of the typical food dishes the Milanese kitchen has on offer. Especially after a bike tour through Milan you might be hungry and looking for a decent lunch or meal. But what are the dishes you should absolutely try when staying in the capital of Lombardy? And what are the best restaurants in Milan where one can eat these dishes? You can all find it in this article. Hope you’re not too hungry!

Typical products and dishes from Milan: the history of an agricultural city

There are many typical products and dishes that found its origin in and around Milan. But before we arrive here, you have to get abetter insight into the history of the city. The city originates around 600bC, when the Celts arrived in this area of Italy expanding their territories. Many rulers followed, and each of them left a sign in the history and development of the city. We do still notice this in the Milanese food-traditions and on the menu of many restaurants in Milan.

For many centuries it was agriculture that was the main income for many Milanese. Amongst others thanks to the inventions that Leonardo da Vinci did in Milan.

The commercialisation of agriculture in Milan

The most important agricultural progress took place between the 12th and 17th centuries. First agriculture was managed by religious orders. The basilica that had been constructed in the so called ‘Corpi Santi’, the area outside the city walls, often were surrounded by agricultural land. The Milanese farmers had the right to let the staple graze in exchange for a small fee.

Understanding how to manage the presence of water, important for irrigation and fortransport of the products and thus opportunities for trade, has been crucial for the economic development of Milan. From that moment on, agriculture became really an industry, focusing on production for the market. One of the reasons Milan soon became a prosperous citywith monuments you will see during your bike tour through Milan.

The Visconti and Sforza family profited from the advanced Milanese agriculture. From the 15th century onwards, with the start of the Rinascimento in Milan (or when Francesco Sforza and his descendants took over) Milan became known as a cheese producing area, thanks to the perfect conditions for cows to reproduce themselves. It was in this epoca that the Cistercian monks invented a now world-known cheese called grana padano.

Because of the high amounts of milk produced, the monks needed to find a solution to conserve it for transport and trade. The monks of Chiaravalle decided to cook the milk for a long time, adding some rennet and salting the end product. Then a hard and rough cheese was made, named grana by the locals, thereby referring to the compact consistency dotted with the small white grains. Padano was added to indicate the exact origin (the Po Plains, or Pianura Padana) of this type of cheese. Now it is world-known with over 500.000 cheeses or more than 16 million chilos produced in 2019! 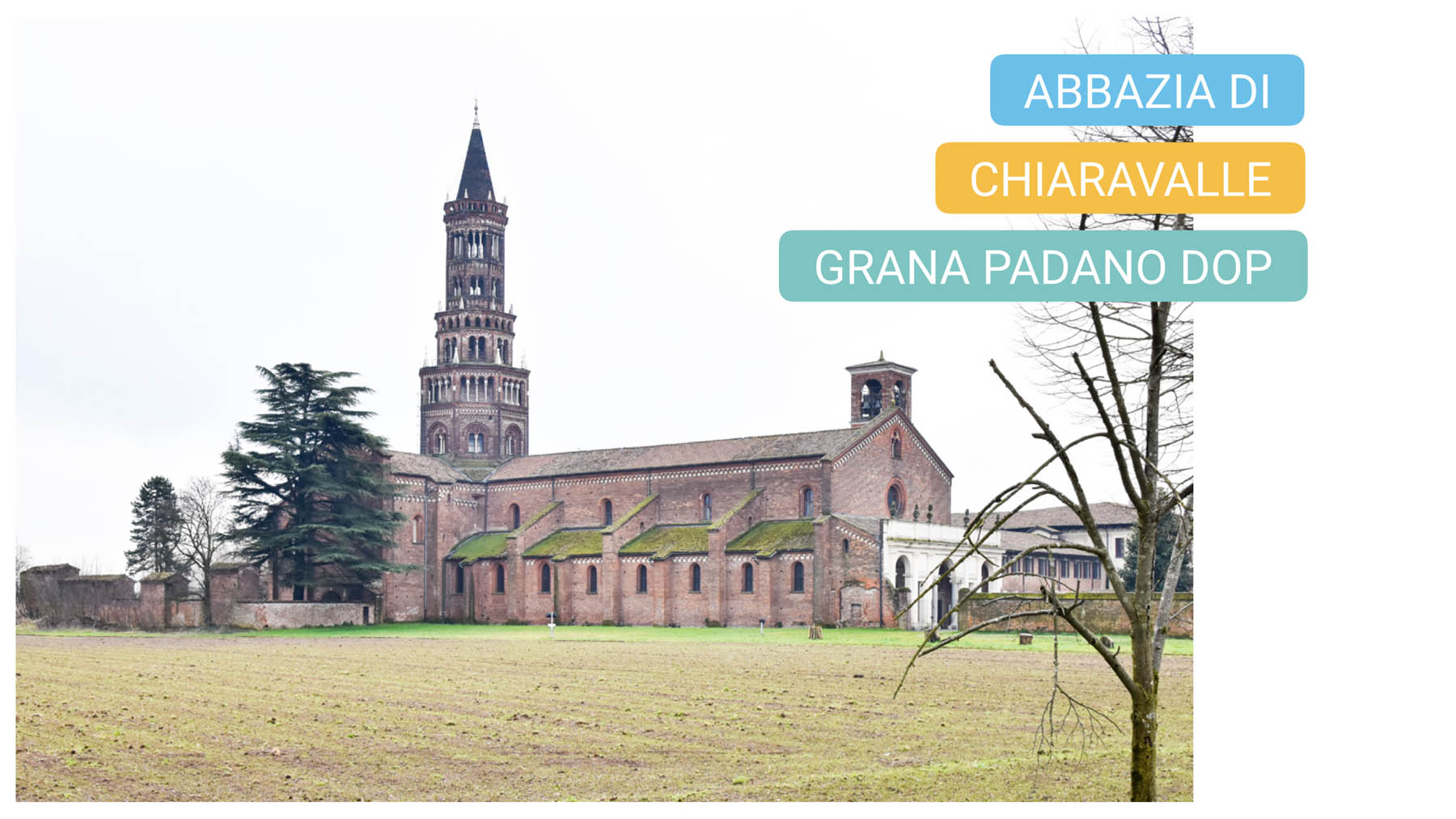 Da Vinci, the Duomo and risotto

It was Ludovico il Moro that has left the most impact on the agriculture future in Milan. Just before the end of the 15th Century, he invited Leonardo da Vinci to come and work for the Milanese court. He was responsible amongst others for the design of the water infrastructure in and around Milan. Think of the design of the canal network and improvement of the irrigation system. In the same period the cultivation of risotto was introduced in the landscape of North-Italy. After a slow start, in which it could only be afforded by the rich, it is now one of the most-popular dishes on the menus of Milanese restaurants.

Only a few centuries later the risotto alla milanese was invented. A romantic legend narrates that one of the alumni painting the glass-stained windows of the Duomo added saffron to all the colours, in order to make them more bright. In fact, when visiting Duomo you will notice the bright colours of these windows. Hewas so extreme in his actions that he was even nick-named Zafferano, the Italian name for saffron. When Zafferano also decided to lighten-up the risotto that was served during the wedding party of his master’s daughter, risotto alla milanesewas a fact. Continue reading to find the best restaurants in Milan for risotto alla milanese. 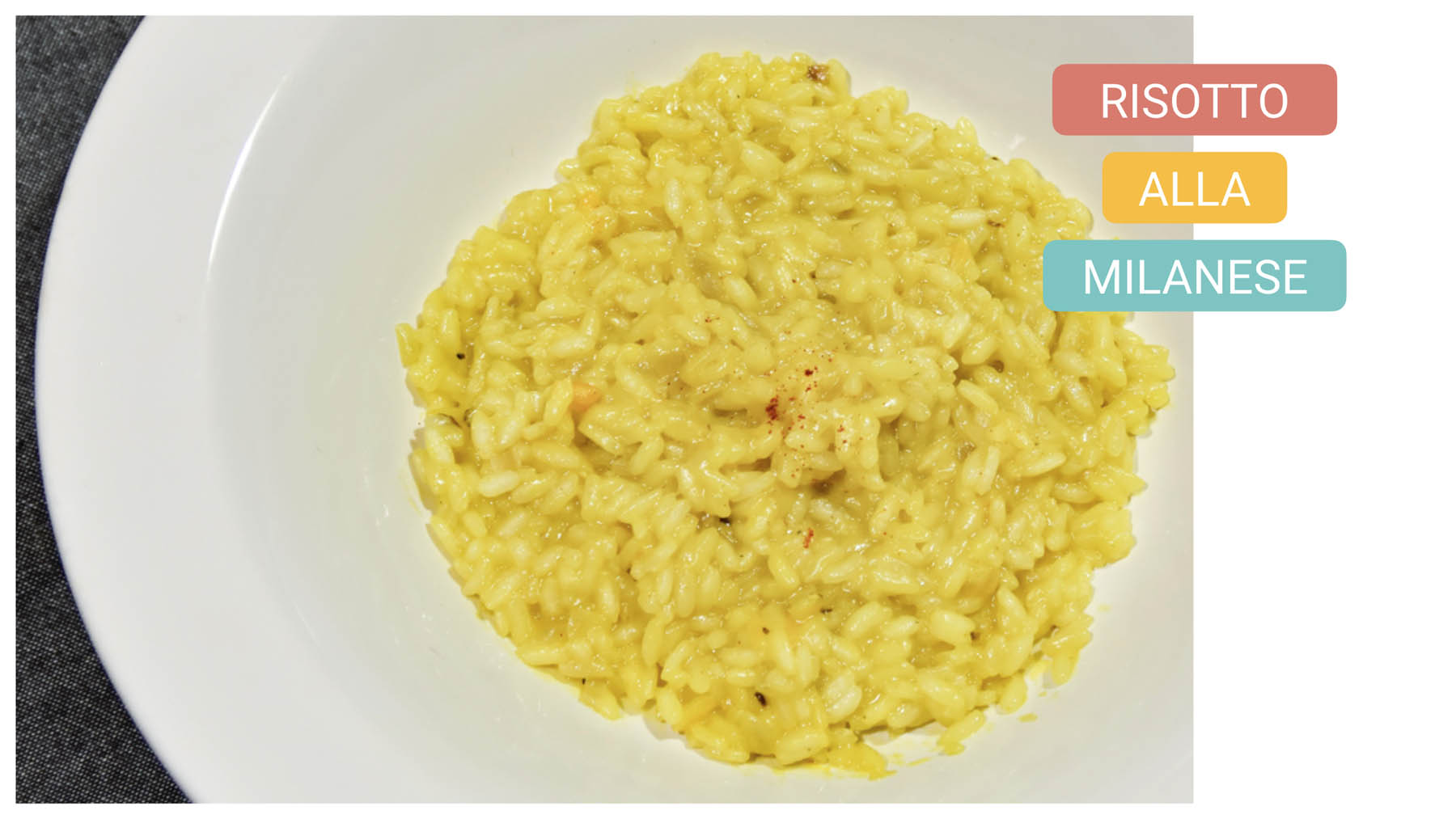 Did you know that saffron is also called ‘red gold’? The price of one gram of the dried stems of this particular crocus flower is similar to the cost of one gram of 24 caratgold. That’s why!

Polenta, popular by the poor

In the same period another type of cereal was introduced to the Milanese. Christopher Colombus brought many souvenirs from his travels, amongst which mais. This led to the discovery of polenta, a cheap but satisfying dish made of mais flower. At the times especially loved by the poor because of its low price. After a period of neglect, lately the polenta became popular again and can now be found on the menu of many Milanese restaurants. Continue reading for some suggestions where you can eat polenta in Milan.

Polenta is served often with ossobuco or with the famous cotoletta Milanese. Similar to the Austrian schnitzel, but made with veal instead of beef or pork and usually served with the bone.

Another legend tells us about the invention of the panettone. This is a sweet bread, traditionally filled with candied fruits and raisins. However, nowadays it is available in many versions. Like there are many stories that explain its invention. The most interesting one narrates that panettone was made by chance. We are in the end of the 15th century, when Ludovico il Moro ruled Milan. Il Moro invited friends and alleys for his Christmas dinner. Unfortunately, probably being tired of all the preparations, the chef forgot that he placed the dessert in the oven and by the time he remembered this, it was ready to be thrown away. His assistant, Toni, remained calm and decided to see what was still available in the dispenser. He put together flour, butter (a much used product in the traditional Milanese kitchen because of the high production of milk), candied fruit and raisins. It turned out to be a success amongst the guests of the Duke and he was asked the name of this delicacy.Dealing with a newly invented product he improvised it as ‘Pan de Toni’, Milanese for Toni’s bread. Later this became panettone. 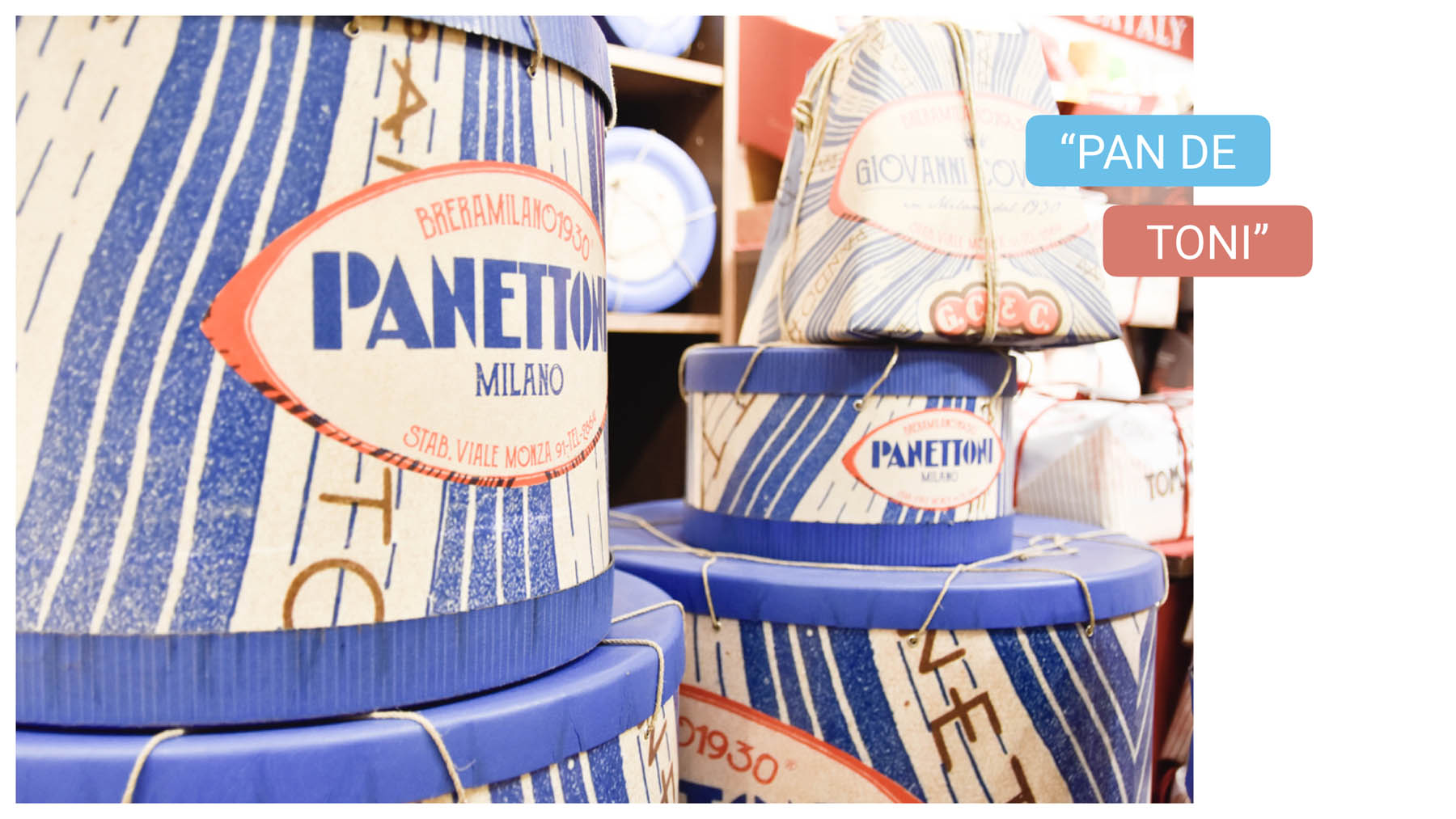 Where to eat in Milan: the best places to eat typical Milanese dishes

After the bike tour through Milan you might just be hungry and want to sit-down and enjoy a decent meal. Below a few suggestions for places where the typical Milanese dishes you’ve just read about are on the menu.

Cantina della Vetra, a stones’ throw away of the end of your bike tour through Milan

Typical Italian restaurant with Lombardian kitchen, next to the Basilica di San Lorenzo and only a few minutes walk from the end of the bike tour. They are open 7 days a week for lunch and dinner. Also they have a lovely terrace to enjoy your meal in the open. Cantina della Vetra has an extensive selection of (Italian) wines.

If you like to spend some hours in the popular Navigli area, we suggest Luca Andrea Navigli. Here they serve, amongst others, the typicalrisotto alla milaneseand the ossobuco di vitello. By the way, if you arrive early, this is also a perfect place to have an aperitivo with a view on the Navigli.

Luca Andrea Navigli
Via Alzaia Naviglio Grande, 34
Mo -Su from 7am to 2am
https://www.lucaeandreanavigli.it/luca-e-andrea-bar/#menu

When youare in the Porta Garibaldi area, you might try to find a seat at L’antica Trattoria della Pesa. This is the place where once the Milanese farmers delivered their goods, put them on the balance (pesa means balance) and paid the taxes over their wares. Before heading back to their farms, they would have a plate of risotto, now still one of the most popular proposals on the menu.

Taberna San Tomaso, typical Milanese food in the centre of the city

Between Brera, Castello and Duomo is an unknown area of Milan with small and winding streets. In the Via San Tomaso sits the Taberna San Tomaso. During mid-day a simple place with self-service, perfect for a quick lunch at an honest price. For dinner however the restaurants goes up a level and becomes a decent restaurant where they serve dishes of the Lombardian kitchen. Intimate place with a good choice of wines.

Article by Inge de Boer. Inge graduated as an architect. When she moved to Milan in 2012 she decided to dedicate her working life to what her greates interest: the city and the role of food in the cities. Inge collaborates with Bike the City in different occasions and shares her passion for Milan with our clients. Also she writes for different online magazine about life in Milan and the best bars and restaurants in Milan.