The Bridges of Verona

Verona, a city known for its romantic fictional history as the home of Romeo and Juliet and a place to experience beautiful works of opera in the Roman arena. But that is certainly not all there is to this charming city. Some of the most important historical monuments in Verona include the bridges crossing the Adige River.

A waterway that flows from its source in the Reschen Pass in the Alps all the way down to the Adriatic Sea, the Adige River curves through Verona sweeping by various bridges. Visitors to Verona shouldn’t leave without learning a little about these fine, ancient architectural structures. 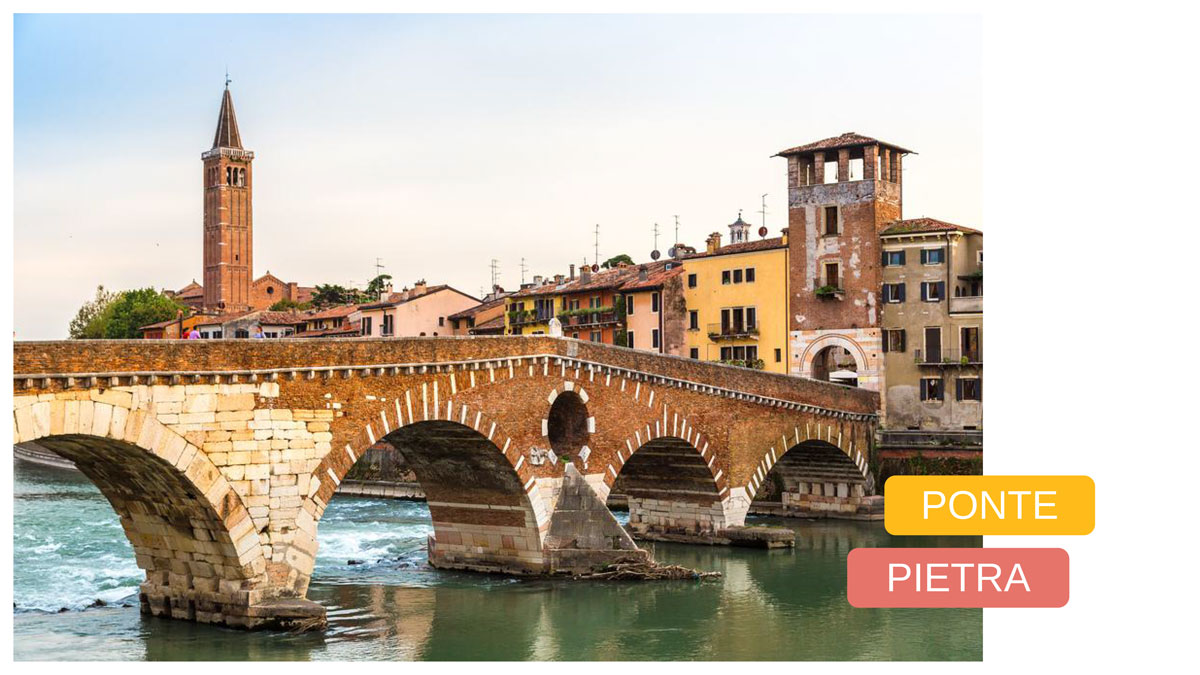 The Ponte Pietra is a stone bridge that dates back to Roman times, around 100 BC. Originally, the Via Postumia, stretching from Genoa to Aquileia, ran across it. The bridge connected the city on the right bank to the Roman theatre on the left.

A bridge built of arches on the narrowest part of the river, it served as an aqueduct during Roman times. The Ponte Pietra is widely regarded as one of the most panoramic spots in Verona, from which any of the city’s main attractions can be spotted. Standing atop the bridge, visitors can see Castel San Pietro peeking out from behind a wall of trees and across to the old city where the tower of Verona Cathedral stands tall along the skyline. At dusk, standing on the bridge with the city as a backdrop is a truly romantic photo opportunity.

Throughout its history, this Roman bridge was rebuilt several times after collapsing over and over in the 11th, 12th and 13th century. In the 1500s, the bridge was finally constructed to last and did so until nearly the end of the second world war, when a German mine took out four of the five arches as troops retreated.

In 1957, the original stones and materials were collected from the river individually so that the bridge could be faithfully reconstructed. The project was completed in 1959. The Roman bridge we see today astride the Adige is really a medley of architectural styles and components from different periods of history. 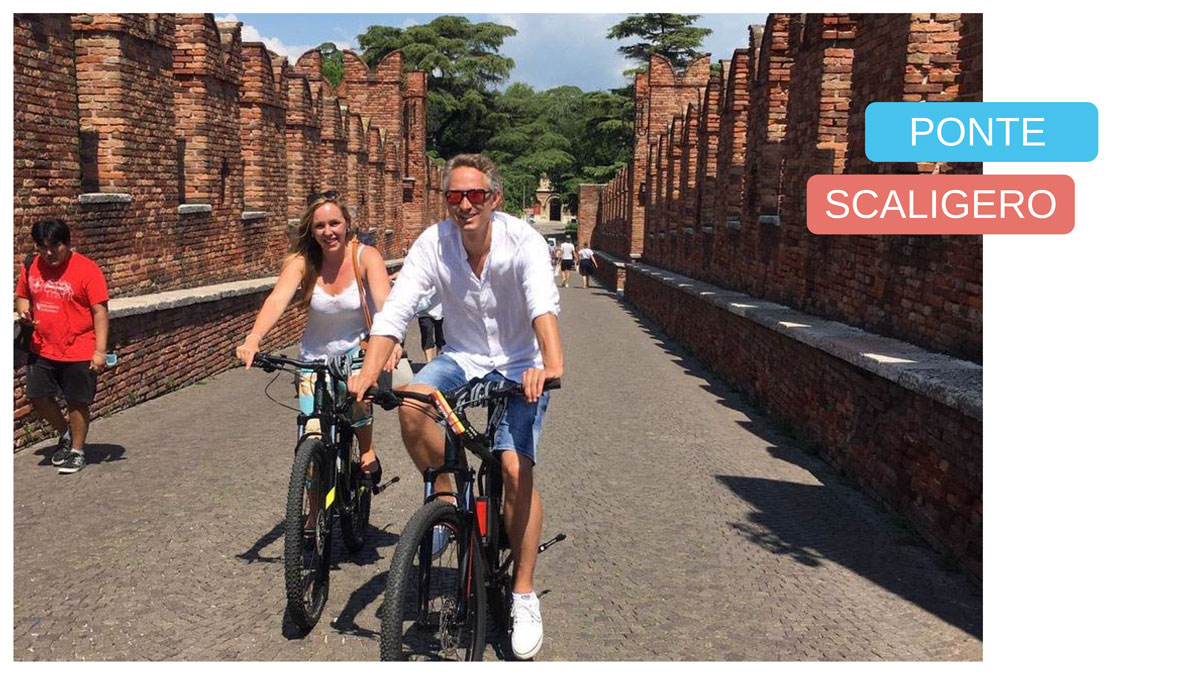 More widely known as the Ponte Castelvecchio, the Scaliger Bridge is another of the significant historical sites dotted around Verona. It is also an arched bridge spanning the Adige, but this time it is a fortified construction from the medieval era. At the moment of its construction, it held the record for the longest span of nearly 50 meters. It is believed that the building work took only 3 years between 1354 – 1356. This is why it is frequently referred to as the most daring and admirable work of medieval Verona. Along the sides of the bridge are tall pillars with small rectangular openings below that are more suggestive of a stronghold than a path across the water.

Contrary to the norm, the Ponte Scaligero wasn’t constructed to protect the people of the city from outside invaders. Instead, Cangrande II della Scala, Lord of Verona from 1351, ordered the bridge be erected as an escape route for himself and his family in case the citizens turned against him. He planned to flee toward Tyrol, where his son-in-law reigned at the time.

The architect of the Ponte Scaligero is officially unknown. Although there is some documentation mentioning Bevilacqua, the designer of Castelvecchio, there are also other theories supporting the idea that it was created by Giovanni da Ferrara e Giacomo da Gozo, due to the similarities to ship constructions.

Never collapsing, this bridge held the weight of five centuries until in 1802 the French army tore down one of the towers and finally, again the second world war saw to its destruction. The bridge standing today as an icon of Verona was accurately rebuilt from 1949 to 1951.

Two drastically diverse elements of the Veronese past, both destroyed and re-established as a symbol of those who have passed through this captivating city throughout history.